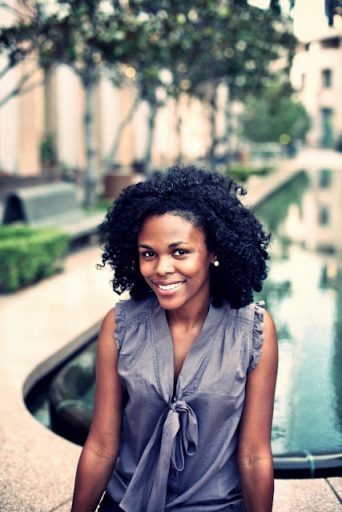 Four years ago licensed psychotherapist Nikki Walton, launched CurlyNikki.com, the web’s most comprehensive resource for all things related to natural hair care and maintenance. Over the years, the site has built a loyal and massive fan base that includes millions of women who rely on Walton’s personal journey, advice and perspective. Along with community interviews, Nikki has amassed nearly 100 celebrity interviews (to include Chaka Khan, Tracee Ellis Ross and Wanda Sykes) and has an active forum and popular mobile app. She provides a platform, a safe place for women to share their frustrations and triumphs with their highly textured tresses.

Nikki has been featured in many national media outlets ranging from The New York Times, USA Today and Huffington Post to Ebony, Essence, and Black Hair Magazine.  She has appeared on CNN, MSNBC, The Tyra Show and The Katie Couric Show.  Black Enterprise named her one of the web’s most influential voices and Essence named her among their ‘Top 35 Under 35 Young, Black and Amazing’. Journalist and host Jamila Bey, coined Nikki, ‘the modern day Madame CJ Walker’.

Coauthor Ernessa T. Carter is a graduate of Smith College with an MFA from Carnegie Mellon, the author of the novel 32 Candles, and the founding editor of fierceandnerdy.com. She lives in Los Angeles.

Check me out at CurlyNikki.com!